Bhutan is our homeland. We’ll show you Bhutan, better than anyone else!

Interesting Bhutanese cultural attractions you should not miss

Bhutan is famous for its intact cultural identity that is well-reflected through local Himalayas Buddhism, traditional arts and ways of life. Travelling the world’s happiest country, tourists, especially culture buffs, will be amazed by the exotic beauty of myriad well-preserved heritage and fascinating tourist attractions, which give a sublime overview of real Bhutanese highlights. If you’re into unique local features, make sure that you do not miss out the chance to visit below Bhutanese iconic cultural sites or simply take a look at our best tailor-made Bhutan Tours to choose a perfect tour which suits you the best.

As the national religion and also the fundamental part of local traditions, Buddhism plays an essential role in the ways of life in Bhutan. It comes as no surprise that numerous religious sites including monasteries, shrines, and chortens, are commonly found across the country from the major cities to remote districts. Many of them have been the prominent national landmarks and also famous tourist attractions, where deliver a sublime understanding of Bhutanese culture.

Among these various sacred religious sites, Paro Taktsang (the Tiger’s Nest Monastery), a fabled monastery as well as the most iconic image for Bhutan tourism in Paro, is a world-famous monastery must-have in every Bhutan’s travel bucket list. Kurjey Monastery in Bumthang or Gangtey Monastery in Phobjikha Valley is among other inviting monasteries where visitors can admire their beautiful architectural style, get to know the daily life of local monks, witness the scene of pilgrims visiting here for praying, and deeply immerse in the holy spiritual world of Bhutan.

More commonly known as “The Fertility Temple”, Chimi Lhakhang is a Buddhist Temple located in Sopsokha Village, Punakha District. The only way to reach the temple, which idyllically sets atop a round hillock not too far from the village, is taking a short hike through the village path and paddy fields spreading along the walk. Built-in 1499, the temple has been a prominent pilgrimage site of Bhutanese. And the history of Chimi Lhakhang is closely associated with an unorthodox Buddhist monk named Drukpa Kunley (the Divine Madman). He got this byname because he practised Buddhism differently than others and was considered eccentric.

The temple attracts not only locals but also foreigners due to its special belief hardly found anywhere. As its English name indicates, Chimi Lhakhang stands for the fertility belief, which is represented through the phallus symbols and paintings easily found in the village and the temple itself. Originated from the Divine Madman’s philosophies, phallus not only stands for the fertility but is also a symbol of prosperity, luck, and safety for everyone here. The temple is a famous sacred site where childless couples often visit for blessing a baby. Handicraft shops here offer a wide variety of souvenirs with phallus-shaped items besides other religious handiworks. All in all, Chimi Lhakhang is a unique part of Buddhist traditions in Bhutan, somehow unusual yet very impressive and intriguing.

3. Multiple beautiful dzongs across the country

Combining multiple functions including religion, military, administration, and society, the dzong is not only an essential part of Bhutanese cultural identity but also the distinctly symbolic architecture in the world’s happiest country. It is a massive style of fortress architecture with towering exterior walls surrounding a complex of courtyards, temples, administrative offices, and monks' accommodation. Each dzong serves as the major centre of its district, where also takes place most important events and traditional festivals.

Due to public significance, dzongs are the iconic masterpieces of Bhutanese architectural arts with strategic locations, stunning structural grandeur, beautiful layouts, and exquisite details. Sightseeing tours in famous Bhutanese dzongs are common routes in most travel itineraries in the country. Tashichho Dzong, Punakha Dzong, and Rinpung Dzong (Paro Fortress) are most –visited dzongs in West Bhutan while Trongsa Dzong and Trashigang Dzong are other majestic architectures in Middle and East Bhutan worth a pleasant visit.

Offering a close insight into Bhutanese traditional arts, National Institute of Zorig Chusum in Thimphu, which was established in 1971 by the Government of Bhutan, invites visitors to come and get to know about the country’s different delicate local crafts. The institute instructs thirteen traditional arts of Bhutan including painting, sculpturing, wood carving, embroidery, weaving, etc, hence it is popularly known as “the painting school”. Students here, which are mainly young people, will be taught to specialize in each skill and their works will be exhibited and purchased in the school’s showroom. Aiming to introduce, preserve, and pass cultural heritages on to the next generations, the National Institute of Zorig Chusum is not only a real eye-opener for the foreigners about the local artworks but also a significant tribute to the efforts of people in Bhutan to keep their art alive.

Once parts of the ancestral home in the former residence of a ruling Bhutanese family descended from a 14th-century Buddhist teacher, Ogyen Choling Palace Museum is an inviting cultural site in Bumthang District for those who are into the local lifestyle and living conditions of a typical Bhutanese noble family in the earlier time. Located on a hilltop with great views over the valley, Ogyen Choling Palace Museum is about a couple of hours drive outside of the main town. Besides preserving the original style of the former house, the museum also exhibits a lot of ancient local items including farming implements, daily utensils & tools, and stunning traditional artworks. With its historic and cultural heritage values, your excursion in Bumthang would be more incredible with a pleasant outing to the attractive museum of Ogyen Choling Palace.

Archery is not only Bhutan’s national sport but also an essential part of Bhutanese typical nomadic lifestyle and the country’s great history defending outside invaders in the past. Partly representing the high-spirited characteristic of Bhutanese people and the country itself, for locals, archery is beyond a kind of sport, it is also their national pride. Hence, there is no traditional festival or event here can be completed without an archery match. It is so common that every village has its archery playing ground for people practising and event holding competitions. Witnessing countrymen concentrate on playing archery, learning their impressive skills, or even trying your hands to use the traditional bamboo rows rather than common modern ones are surely dramatic cultural experiences during your Bhutan active vacation.

The richness of Bhutanese cultural heritage in Tailor-made Asia Tours has made a colourful and splendid tapestry of well-preserved traditions, Buddhist belief and authentic lifestyle. With these above enchanting cultural highlights at famous tourist spots across the country, your trip to the Kingdom of Thunder Dragon will be remarkable enlightenment of indigenous charms with real eye-openers about the Bhutanese exotic culture.

Bhutan Tours & Travel - Everything You Need To Know

6 Awesome Things To Do In Bhutan 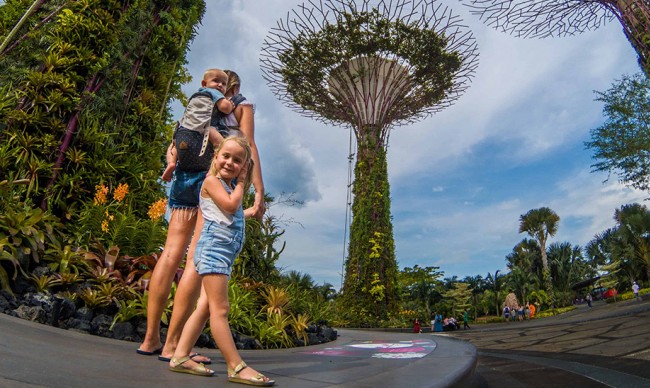 Famous Places To Visit In Singapore 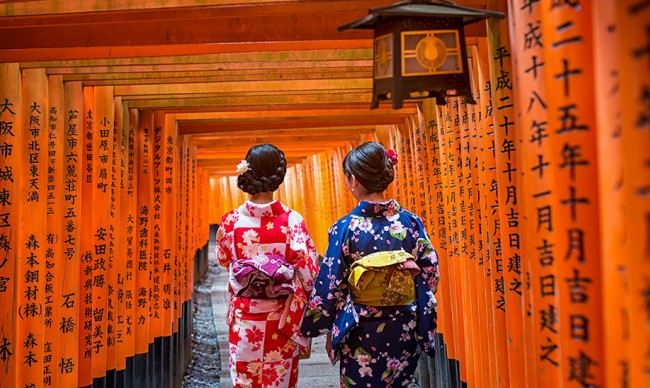 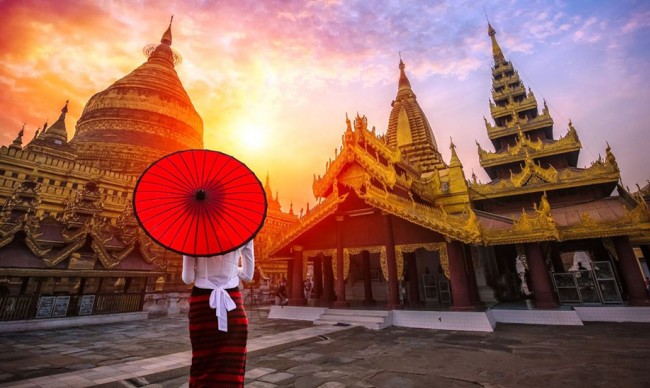 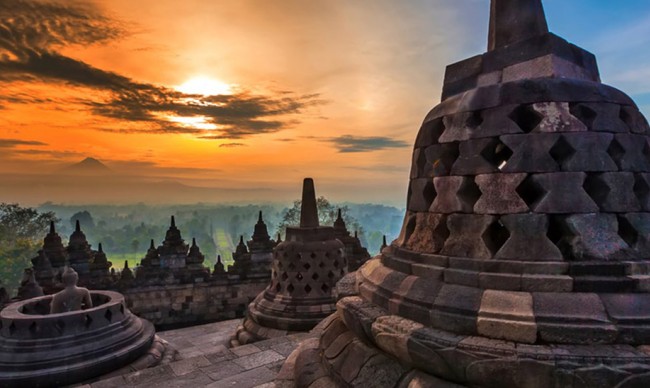 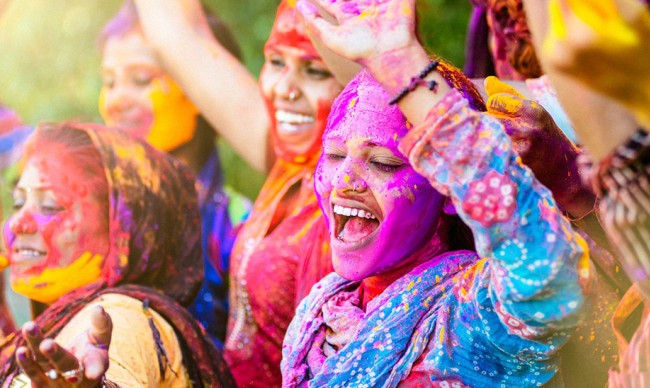 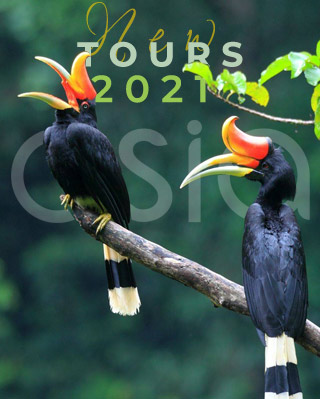